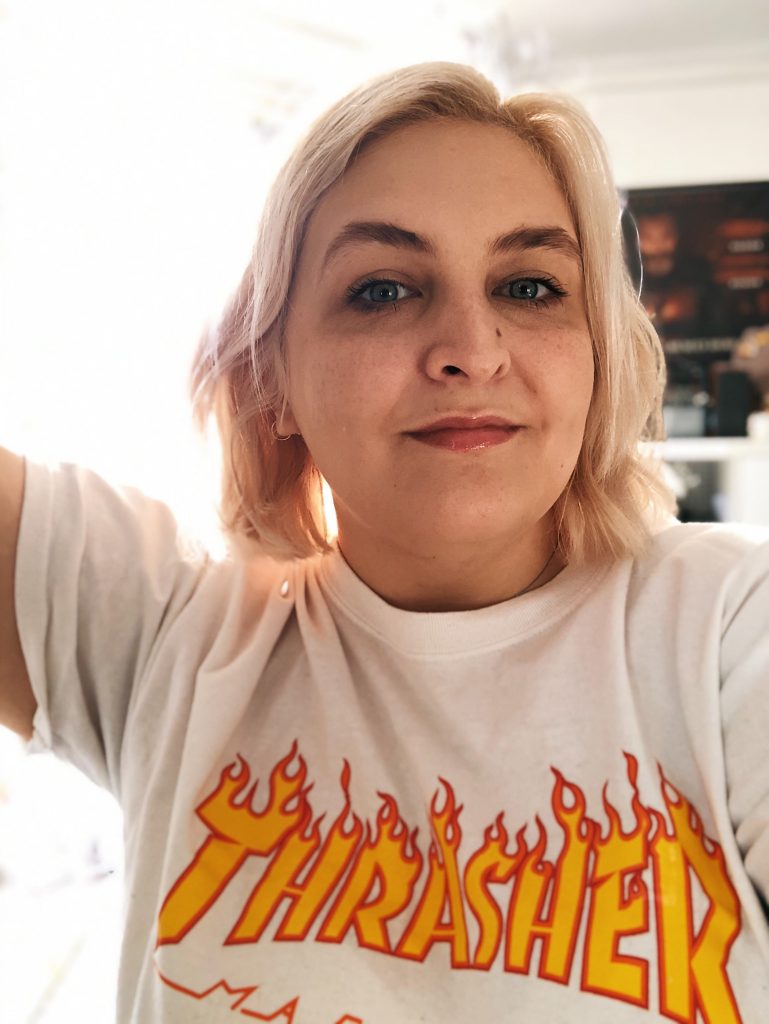 I’ve written for The Guardian, BBC, GQ, Vulture, Nylon, DAZED, SciFi Now, Hyperallergic, The Daily Telegraph, NME, and Buzzfeed among others.  I am also a regular contributor to Picturehouse Recommends magazine. I’m always looking for new opportunities to write and speak, in particular about film, television, mental health and pop culture.

In July 2019, I presented a talk at the British Film Institute entitled ‘The Memefication of Feminism’ about the intersection of film, feminism and internet culture, which I have since also presented to students at Falmouth University. I have also hosted Q&As with filmmakers including Josephine Decker, Kitty Green and Desiree Akhavan, written Blu-ray essays for Second Sight, and participated in panels for the BFI and Reclaim the Frame. I am a member of the London Critics Circle, and a voting member of both BIFA and the Murial Awards.

I have also written a book! My monograph on the work of Sofia Coppola will be released in May 2022 by Abrams New York.

My voice can be heard on a regular basis over on the Truth & Movies podcast and BBC Radio,  and I have previously appeared on TalkRadio and the Curzon podcast. I have also appeared on BBC Breakfast, BBC World News and ITV News commenting on recent news stories regarding cinema. I also wrote and voiced a video essay on cats in cinema for BBC iPlayer, and wrote/voiced the introduction for the TV premier of Monsoon for BBC2.

You can find more examples of my published work via my Contently profile.

I am available for freelance commissions and would love to hear from you! My email is [email protected]. I also tweet @thethirdhan, but you don’t have to look at those.